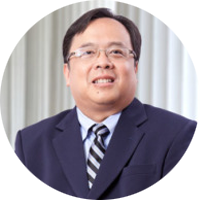 Bambang Brodjonegoro was appointed as the research, technology and higher education minister in October 2019, for a five year term. He had been the national development planning minister for Indonesia and also served as minister of finance from the outset of President Joko Widodo’s administration in October 2014 until switching to his current portfolio in July 2016.

Previously he also served as deputy minister of finance from 2013-2014, after also being appointed as chairman of fiscal policy office at the Ministry of Finance in 2011. He holds a bachelor’s degree majoring in economic development and regional economy from the faculty of economics at the University of Indonesia, and a master’s degree and PhD from the University of Illinois at Urbana-Champaign.

He became a guest lecturer in the Department of Urban and Regional Planning, University of Illinois at Urbana-Champaign, United States in November 2002. Subsequently he served as the dean of the faculty of economics at the University of Indonesia from 2005 – 2009 and director-general of the Islamic Research and Training Institute at the Islamic Development Bank until 2010.

Learn more about his work here.