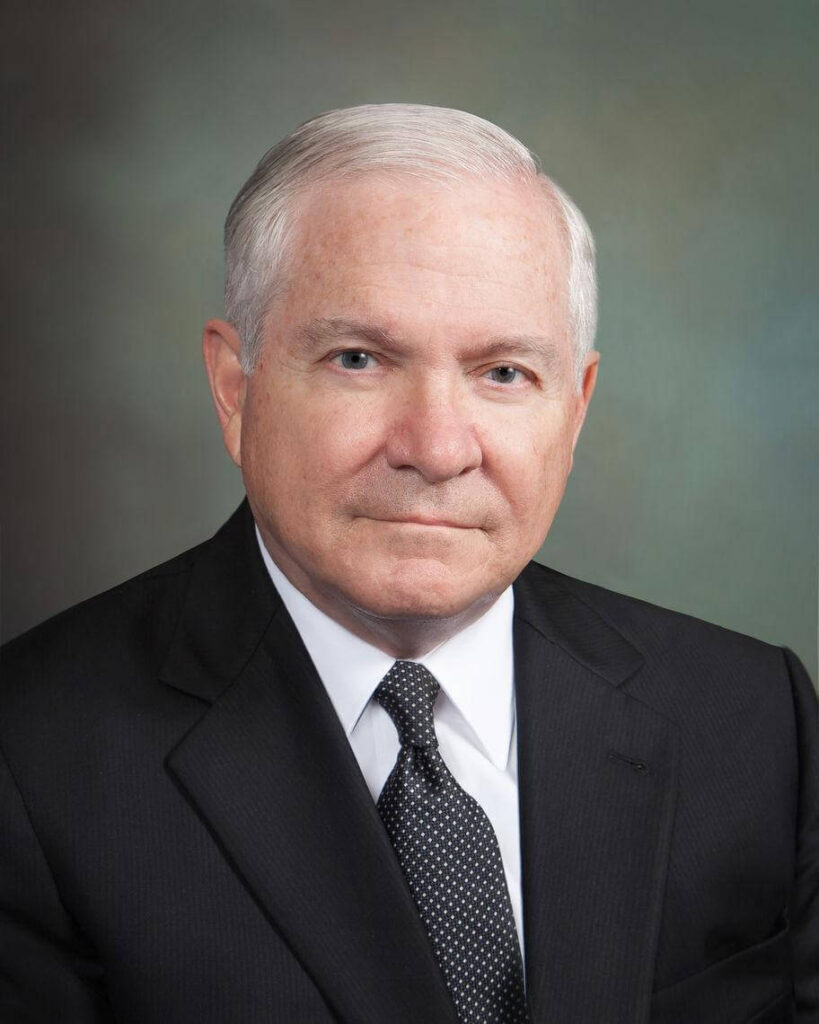 Before becoming secretary of defense in 2006, Gates was the president of Texas A&M University, one of the nation’s largest universities. Before assuming the Texas A&M presidency on August 1, 2002, he served as interim dean of the George Bush School of Government and Public Service at Texas A&M from 1999 to 2001.

Gates joined the Central Intelligence Agency in 1966 and spent nearly 27 years as an intelligence professional. During that period, he spent nearly nine years at the National Security Council, the White House, serving four presidents of both political parties.

Gates served as director of Central Intelligence from 1991 until 1993. He is the only career officer in CIA’s history to rise from entry-level employee to director. He served as deputy director of Central Intelligence from 1986 until 1989 and as assistant to the president and deputy national security adviser at the White House from January 20, 1989, until November 6, 1991, for President George H.W. Bush.

A native of Kansas, Gates received his bachelor’s degree from the College of William & Mary, his master’s degree in history from Indiana University and his doctorate in Russian and Soviet history from Georgetown University. In 1967, he was commissioned a second lieutenant in the U.S. Air Force and served as an intelligence officer at Whiteman Air Force Base in Missouri.