HELPING THE POOR FIGHT THEIR POVERTY 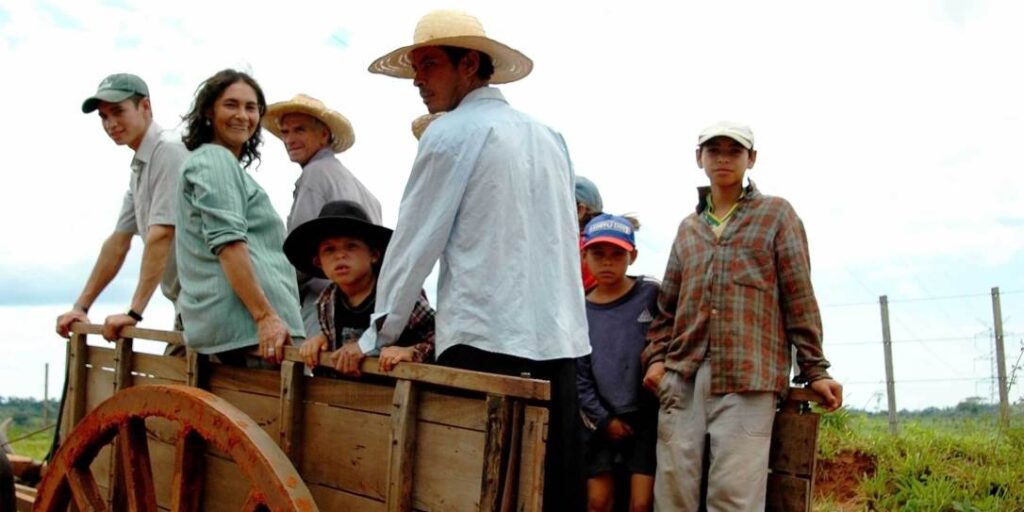 Fundacion Paraguaya is an NGO whose mission is to “develop and implement practical, innovative, and sustainable solutions to eliminate poverty in order to create decent conditions for all families.” Fundacion Paraguaya achieves these goals by promoting four inter-related strategies: (1) a microcredit program, (2) an entrepreneurial and financial education program for youth, (3) financially self-sustainable high schools that train the children of farmers to become rural entrepreneurs, and (4) a separate NGO, TeachAManToFish, that spreads the self-sufficient school model around the world.

Burt and Peroni founded Fundacion Paraguaya because they wanted to create a specialized social enterprise that would promote capitalism for all, a “market economy that works not only for the powerful and rich but all members of society.” In 1985, Paraguay, under the rule of dictator Alfredo Stroessner since 1954, had severe wealth and opportunity inequality between different members of society. When Stroessner was overthrown in 1989, Burt and Peroni saw the opportunity to help create “an informed democracy” that delivers foods, services, and livelihoods to marginalized Paraguayans.

Additionally, Burt’s organization has been working to bring youth entrepreneurship training to Paraguayan high schools. The focus is on rural communities so that young people can see jobs and wealth creation opportunities in their communities and don’t feel forced to move to a city for work. “Eisenhower Fellowships showed me the role of civil society leaders. It used to be that government and business were two separate sectors of society. But now there’s a clear need for civil society to push government and business on certain issues that require a coordinated approach, like poverty, environment, human rights, and freedom.”

“Without Eisenhower Fellowships, I wouldn’t have contacts around the world with whom I can talk about my poverty programs,” he said. In particular, Burt has remained engaged with Eisenhower Fellowships’ Latin American network, which recently met in Chile. “Eisenhower Fellows are authorities in their field…they have a consortium of leaders in public and private and civil society sectors that no other organization has.”