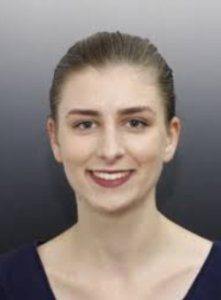 Diana-Elena Ciobanu is a double law major from the University of Bucharest and the University Paris I Pantheon-Sorbonne. Currently a tax consultant at Deloitte Romania, she has also started an NGO that is committed to improving the standard of living for people in her county by developing projects targeting the infrastructure, food waste and thermal insulation as well as stirring up community spirit through various social events and local competitions. Ciobanu is a Leaders for Justice fellow and has recently joined a new platform that raises awareness to systemic issues encountered in Romanian society.

“I have always wanted to help people. This has always been my main determination. It is the one thing that gives me a personal sense of accomplishment and my greatest source of faith and enthusiasm. An Eisenhower Youth Leader is one who empowers a community through breeding an environment in which its members can thrive, a community with active citizens. That is what I hope to do with my life and the idea of being exposed to the collective experience of established leaders in an international setting is very exciting for me.”

PROJECT REPORT
Diana Ciobanu used her EF year to push her project much further than she anticipated. As co-founder of an association to improve living conditions in her rural home village ‘Asociatia Grup de Actiune Locala Bercini’, she had already hosted several successful events, but now the group has moved on to projects benefitting the local county. With the help of grants, the group is running four programs:

Ciobanu’s project report provides details on the work she and her team has done over the past year.