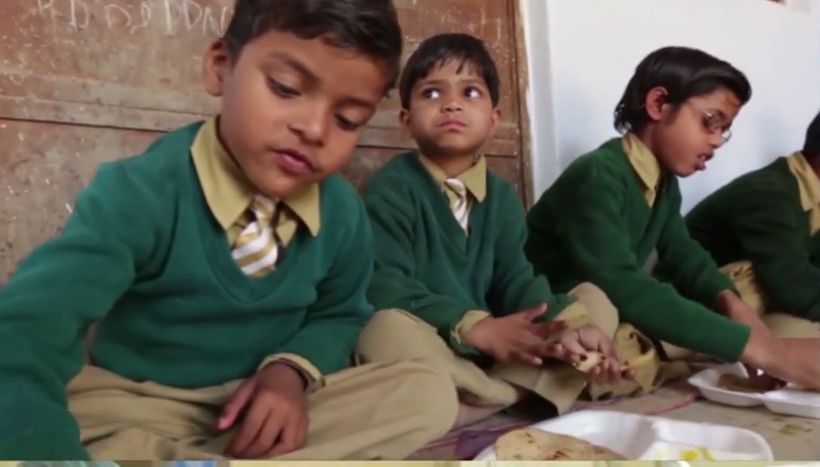 “How can we steer technology in a way that it benefits society and the environment?”  —Sanjay Podder (India 2017)

“No child will be deprived of education because of hunger.” —Shridhar Venkat (India 2014) 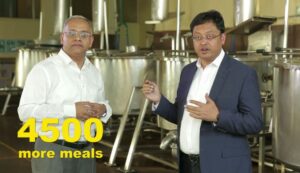 Sanjay Podder is the managing director of Accenture Labs in Bangalore, India, where he is focused on solving complex social problems through the use of technology.

Shridhar Venkat is a global leader in social enterprise and scalable nonprofit development whose organization, the Akshaya Patra Foundation, feeds 1.6 million children per day in 13,500 schools across 12 states in India. It is the world’s largest school meal program.

What do these two leaders from different sectors have in common? Their love for humanity, and for making the world a better place; qualities and values that were affirmed and nurtured while on their Eisenhower Fellowship journeys. The two met in Philadelphia while studying at Wharton School of Business in an advanced management program. They began collaborating shortly after that. Venkat came back to Philadelphia and became an Eisenhower Fellow, and then Podder did the same.

While on fellowship, Podder explored the roles of large businesses in bringing about artificial intelligence — the fourth industrial revolution– and how to cooperate with other stakeholders to scale technology’s positive impact. He hopes that Accenture Labs can serve as a think tank for “Tech4Good,” whereby Accenture helps to solve some of mankind’s thorniest problems with technology. After fellowship, he committed to advise clients not only on what technologies exist and how to use them, but how Accenture can connect technology to the right stakeholders for cooperation and success. Within a few short months of returning home to India, he reconnected with Eisenhower Fellow Shridhar Venkat and the two began a project that would greatly impact their corner of the world.

Venkat’s fellowship, as part of EF’s 2014 Innovation Program, was focused on helping him to design a scalable business model that would enable the NGO he leads to grow in a sustainable way. The fellowship allowed him to test and validate his business model, including the development of a for-profit social enterprise that is used to support the costs of his school meal program. Immediately after his fellowship, he implemented this for-profit social enterprise, which only took 15 months to become profitable, allowing Akshaya Patra to feed more children.

Venkat’s business model has only gotten better through the innovation that Podder introduced to him and the foundation. Featured in the Huffington Post, the partners tested the use of blockchain technology to improve the efficiency of the foundation’s food service operations, reducing waste and increasing output. Watch them explain their collaboration here.

Prior to developing this project with Podder, Venkat’s future goals for himself and the foundation were to see that Akshaya Patra become a leader in sharing its learnings to NGOs all over the world. He hoped to involve other Eisenhower Fellows as facilitators and mentors to share Akshaya Patra’s successful methods on social enterprise scaling and sustainability.