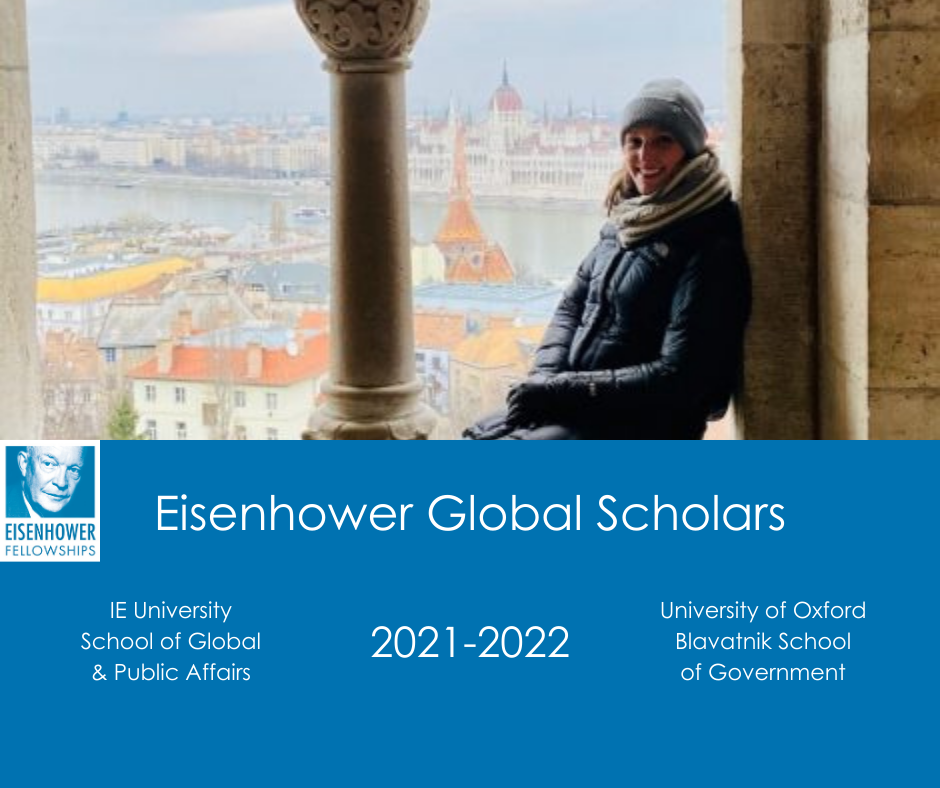 Eisenhower Global Scholars will receive an all-expenses-paid year of intense academic study and cultural immersion at the University of Oxford or at IE University in Madrid, Spain. Students at both universities will have their experience enriched by structured engagement with the influential leaders of Eisenhower Fellowships’ global network of Fellows.

Eisenhower Fellowships (EF) is one of the world’s premier international leadership exchange organizations, an independent, non-governmental, nonpartisan nonprofit based in Philadelphia that brings exceptional midcareer leaders ages 32-45 from all fields and across the world to the United States for individualized fellowships, and sends ascendant American leaders on parallel fellowships abroad.

Founded in 1953 as a birthday present to President Dwight D. Eisenhower from Philadelphia business leader friends, the organization has served to connect and empower young leaders around the globe for nearly seven decades to advance its mission of enhancing international understanding to build a world more peaceful, prosperous and just.

“The Eisenhower Global Scholars Program provides an exciting opportunity for young American leaders to experience other nations and extends the extraordinary legacy of one of our greatest presidents and military leaders, Dwight Eisenhower, to new generations of Americans,” Dr. Gates said.

“This program introduces these American students to our influential network of exceptional leaders around the world, opening new professional doors and personal vistas that will help them build bridges of trust across borders and cultures.”

Now in its second year, the Eisenhower Global Scholars Program provides scholarships for four outstanding recent American university graduates for an academic year of postgraduate study overseas leading to a Master of Public Policy degree from the Blavatnik School of Government at the University of Oxford for internationally-minded students focused on public service and effective governance or a Master in International Relations degree at the School of Global and Public Affairs at IE University in Madrid for students focused on the global economy, innovation and entrepreneurship.

The Eisenhower Global Scholars Program will select academically high-performing recent college graduates admitted to Oxford and IE who have demonstrated a commitment to public service or fostering entrepreneurship. Applicants will be drawn from recent graduates of universities in and around EF’s USA hubs and mini-hubs in Philadelphia, Boston, North Carolina, Chicago, St. Louis, San Francisco, Los Angeles, Miami, Washington, D.C. and Austin, Texas.

During and after their academic year of study, the Global Scholars will engage with Eisenhower Fellows in Europe and back in the United States. After their year of study abroad is completed, the Global Scholars will be offered an optional three-month professional internship in their chosen field. Applicants can find further information on the EF website: http://www.efworld.org