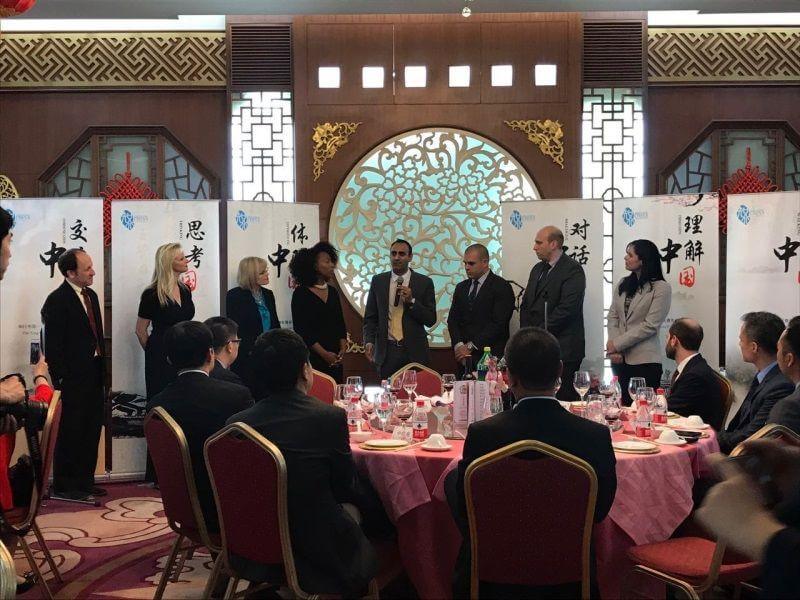 The 2017 Zhi-Xing Fellows were welcomed with a banquet reception held by CEAIE. The reception included representatives of key ministries and private sector partners and a number of Chinese Eisenhower Fellows, including Chen Dali, from the 2017 Global Program. The Fellows’ first week in Beijing also included site visits and introductory lectures on Chinese politics, society, culture and economics from Renmin University and Tsinghua University professors. The Fellows also had the opportunity to visit the Great Wall and attend a dinner graciously hosted by Chinese Eisenhower Fellows Wang Ruijun (China ’13) and Zhan Yuyin (China ’11).

Following their opening seminar, the Fellows began their individual itineraries tailored to their areas of interest. Andrew Greenblatt observed the growth of the Chinese film industry and explored the intersection of production and presentation by Chinese film festivals and film societies in the wake of tremendous societal change. He was thrilled to attend the Shanghai Film Festival and meet with other film festival executives and government officials involved in film. His goal is to create a pipeline for the presentation of a greater amount of Chinese-made films in the Philadelphia area, specifically presenting these films in the Philadelphia Film. Greenblatt also met directors, producers and production companies to lay the groundwork for potential co-productions in the near future.

Elzandi Oosthuizen studied the Chinese intricacies surrounding modern agriculture, population growth, food security and public private partnerships. Motivated by a keen desire to alleviate poverty and hunger, Oosthuizen met with stakeholders and leaders in government, academia and public organizations to discuss China’s growing population and their role in finding food equity and security solutions through investment, policy and technology. She was particularly inspired by the many different tools such as genetic engineering, data management and gene editing, available to help solve the challenges related to global food security. Oosthuizen will share her key learnings by publishing on several social media channels, with the goal to inspire and empower those making decisions about food security.
The other Fellows enjoyed similarly crafted itineraries and look forward to implementing their learnings now that they are back in the US.

In addition to pursuing their fellowship projects, the Fellows underscored the value of cultural immersion: independently taking weekend excursions to nearby cities, trying out their survival Chinese and attending insightful meetings that expanded their perspectives in a new country.

For more than 20 years, EF and CEAIE have been sending U.S. Fellows to China and bringing Chinese Fellows to the United States for transformational programs that have allowed leaders to evolve and deepen their perspective. Upon completion of their fellowships, the Zhi-Xing Fellows are welcomed into EF’s network of nearly 1,500 active Fellows around the world.

The Zhi-Xing (知行), or “learning and travel” program, launched in 2015, is a four-week professional and leadership development program that takes ascendant American leaders to China. It features intensive cultural immersion, group sessions with Chinese experts and two weeks of individually tailored travel and meetings throughout China. The program is implemented by the China Education Association for International Exchange (CEAIE) in partnership with Eisenhower Fellowships. 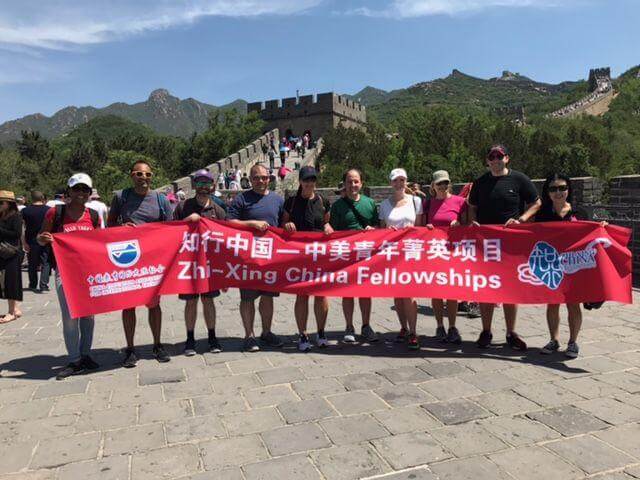