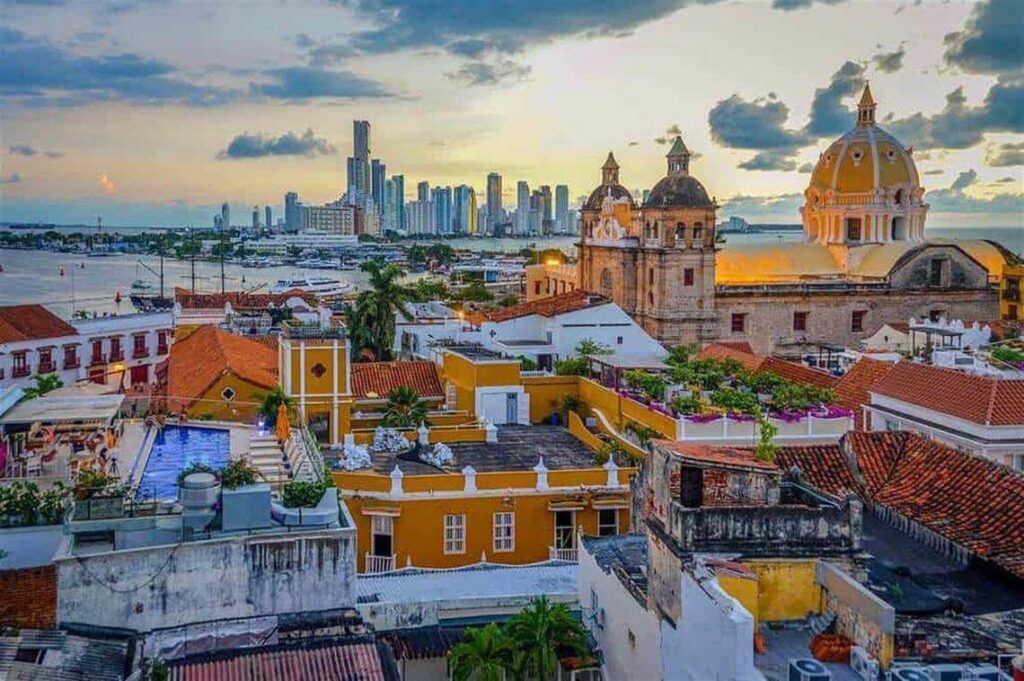 On February 13-16, 2020, Eisenhower Fellowships gathered more than 245 attendees from 37 countries, including 10 EF Trustees and two former Trustees, to discuss the Future of Education, a topic of vital importance in every corner of the world. Colombian President Ivan Duque Marquez and his wife, First Lady María Juliana Ruiz Sandoval, honored us by traveling separately to Cartagena to speak on the opening day of the conference. Across our four social media platforms (Facebook, Twitter, Instagram and LinkedIn), our posts from the conference reached more than 75,000 people: roughly 10,200 on Facebook, 40,600 on Twitter, 21,500 on Instagram and nearly 15,000 on LinkedIn.

Kathleen Kennedy, Executive Director of the MIT Center for Collective Intelligence and the co-founder and Vice Chair of Hubweek, presided over the three-day conference. A highlight was the opening keynote address by President Duque, setting the stage for the rest of the conference by emphasizing the urgent need for education reform in Colombia so as to create better educational opportunities in his country. The First Lady shared her personal views on the importance of education as part of a comprehensive outreach to Colombian society in a conversation with Eisenhower Fellow Juan Jose Guemes (Spain 2011).

Eisenhower Fellow John Della Volpe (USA 2008), head of polling at the Institute of Politics at the Kennedy School of Government at Harvard University, delivered the findings of a global poll he conducted exclusively for Eisenhower Fellowships on the State of Education around the world. His poll found that an overwhelming majority of young adults regard the quality of education and access to education in their nations as two of their most important issues. For more information click here.

Rich panel discussions explored different aspects of education around the world, beginning with the opening panel looking at major global education trends. The focus of the different panel discussions progressed through the life cycle of a typical student, from primary and secondary education to higher education to workforce development and preparing students for the jobs of the future. The vital role of the arts in education was underscored in a lively panel discussion and capped by a moving performance from the Colegio del Cuerpo, an internationally acclaimed Colombian youth dance troupe led by Alvaro Restrepo.

Throughout the conference program, Eisenhower Fellows and select outside speakers shared brief lightning talks, a tour de force of ideas that injected energy into the proceedings and shined a light on powerful personal stories and compelling global education initiatives from Paraguay to Chicago, South Africa to Austin, Jordan to Colombia. To ensure the conference was not just talk, participants presented projects for inputs from their fellow thought leaders in Cartagena. These presentations in our eLabs provided a dynamic interactive forum for more than a dozen concrete projects with a real-world impact that will be implemented after the conference.

Four finalists presented their projects to the full conference audience on the final day of the gathering, and attendees participated in a live vote for the winner on the conference app. Subsequently, a number of Eisenhower Fellows visited the presidential palace in Bogota to present their projects that they would like to bring to Colombia to the First Lady of the nation, as a way of giving back to Colombia and leaving behind something concrete long after the last conference participant had gone home. Follow-up discussions on some of those project proposals are underway.

Real-world examples of replicable educational models were woven into the conference program. During our inaugural day of service, EF brought a group of experts to the community school in the Nelson Mandela neighborhood in cooperation with the Tenaris Foundation. In addition, some 40 conference participants ventured out to the Lomas del Peyé school sponsored in an underserved area of Cartagena by the Barefoot Foundation, founded by Colombian singer Shakira. The school provides access to quality public education to communities ravaged by poverty and displacement. The EF community had an opportunity to learn more about this unique model and interact with the students.

That same afternoon other conference participants heard firsthand how Colombian Senator Nadia Blel Scaff was inspired during her recent Eisenhower Fellowship by the pioneering program Homeboy Industries in East Los Angeles. Homeboy provides job skills and opportunities to young people trying to escape urban street gangs and recover their lives after leaving prison. A young female former gang member who had gone through the Homeboy program and a program director joined Senator Blel to share their stories and discuss ways to replicate the program in Cartagena and beyond.

Livening the conference sessions, galvanizing social and cultural events were hosted each evening in the historic walled city of Cartagena. The Mayor of Cartagena, William Dau, welcomed the conference participants on the opening night to the accompaniment of local Colombian dancers, and the next evening the attendees were serenaded by the dazzling jazz melodies of Colombian musical great Oscar Acevedo and his band at an enchanting gala dinner at the Cartagena Convention Center. Attendees danced away the final night at an unforgettable reception with spectacular local folkloric dancers and a Caribbean musical orchestra, set against the stunning backdrop of this beautiful Colombian city by the sea.

The energy and spirit and the power and promise of Eisenhower Fellowships were on full display at the Future of Education conference in Cartagena in February 2020.