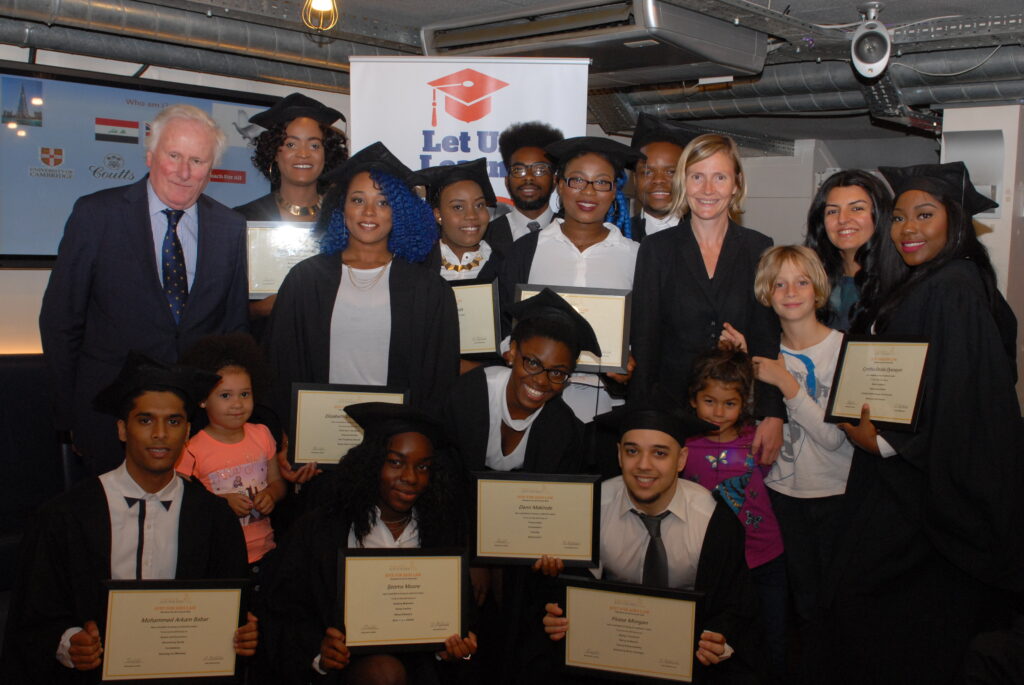 My journey as a social activist and campaigner began in February 2015, when the university I had set my sights on attending for so long, told me I wouldn’t be able to go. My grades were good enough; my immigration status wasn’t. I found out that this meant I had no access to a student loan and my tuition fees would be considerably higher than those of my British born peers. Here’s why:

I was born in Nigeria and moved to the U.K when I was 8 years old. Like all my friends, I attended primary school, secondary school and college. I was a young girl with few worries and many aspirations. That was before I realized my immigration status in the UK wasn’t ‘settled’, which brought everything to a halt.

The process of becoming legalized took a substantial part of my childhood and left me in deep isolation from my friends and peer group. Eventually, I was granted a status that allows me to work, travel and study. However, I was blocked from the welfare safety net and would not be eligible for a student loan for another three years. Despite having lived in the UK most of my life, my 10-year journey to settled status only started the day I received my current status of Limited Leave to Remain (LLR). I will be 33 before I can qualify to apply to become a British citizen.

When I found out I would not be able to study, I was angry enough to want to do something constructive about my situation. I sought help from Just for Kids Law (JfKL) and its Let Us Learn campaign (LUL). I witnessed young people in the same situation, standing up and speaking out about what they believed. I decided to take control of my situation. It was the moment I realized that even if I couldn’t to university, I could help others achieve their dreams of higher education.

In June 2015, JfKL and LUL intervened in a Supreme Court case where a young woman who was born in Zambia but grew up in the UK found herself unable to attend university because of her immigration status. The court was presented with case studies telling the stories of young people in this situation. On the day of the hearing, 40 of us staged a peaceful demonstration outside the court, showing how passionate we were about this issue. The justices ruled in our favor. They agreed that the rules for student loan eligibility were discriminatory, and should be changed. It was a significant win and an incredible turning point in the life of the Let Us Learn campaign, but it was only a partial victory. The new rules have widened the loan criteria, but still impose extra hurdles for us to overcome in order to qualify for student finance: we must have lived at least half our lives in the UK and have settled status for at least three years by September 1st of the start of our first academic year.

Unfortunately, many young people do not meet both criteria at the time they are ready to start university. Although brought to the UK at a young age, many don’t discover their lack of status until they are ready to apply to further their education.

To try to make things better for young people in this situation, LUL decided to start the #YoungGiftedandBlocked campaign. This campaign asks universities to provide bursaries or scholarships to enable young migrants who do not qualify for student finance to take up their place at university. In October 2016, we wrote to key universities around the UK and took action in December of that year in the form of what we called ‘Mince Pie Friday’. On the Friday before Christmas 2016, small groups of us hand delivered home made mince pies to the vice chancellors at 10 universities in London who had not yet agreed to set up scholarship schemes. This was a victory as most universities visited greeted us warmly, and were willing to start positive conversations, which have led to the creation of many more scholarship schemes.

The Let Us Learn campaign has come a long way in the last two years. There is a dedicated team of 25 young people who are committed to raising awareness of the issue in schools, universities and other relevant events. Once a month, people can meet individuals who are experiencing similar issues and openly discuss their concerns. Our close relationship with the U.S. Dreamers has enabled us to continue fighting for what we believe. For this reason we’ve empowered hundreds into taking a stand for issues close to their hearts and have developed a leadership scheme that allows young people to be informed and draw other young people to the movement. We are currently in contact with over 900 young people, many of whom we mentor and support.

One reason we are so keen to provide this support is that we have ourselves benefit from the support of many others, including Just for Kids Law founder and Eisenhower Fellow Shauneen Lambe (U.K. ’15).

Lambe says:  “I have never been so impressed by young people as I am with the Let Us Learners. Dami and the others embody all that is great about youth, which makes the obstacles to attending university that she and the other Let us Learners face even more depressing. I have no doubt they will change this, but they shouldn’t have to. Their energies and skills should be focused on changing the world. Maybe that will come next, after they have succeeded with universities, I have no doubt they are a great hope for all of us who are eager for change.”

Quoting Robert F. Kennedy,  she says “This world demands the qualities of youth; not a time of life but a state of mind, a temper of the will, a quality of the imagination, a predominance of courage over timidity, of the appetite for adventure over the life of ease.”

I have had the opportunity of being mentored through Eisenhower Fellowships and it has been incredible. I’m excited and honored to have a mentor help me in my journey as I delve even deeper into my current work and develop my career path. The entire Eisenhower Youth Leaders, class of 2017 have been a supportive network and we are currently developing ways of working together across many countries. I look forward to seeing what we will all create, and the lifetime of support we can offer one another.