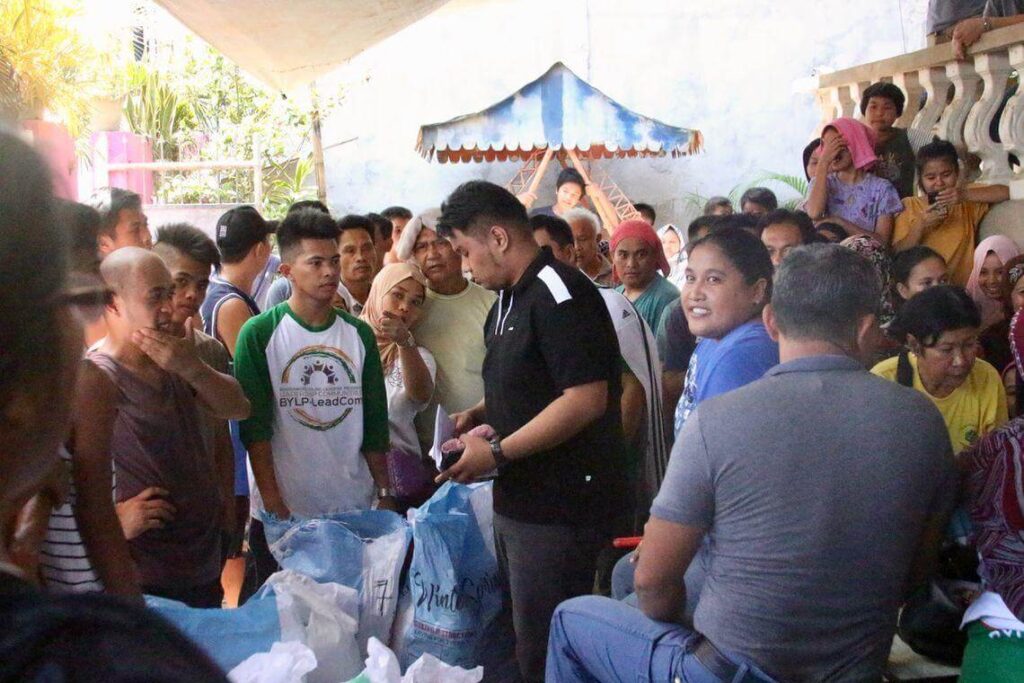 Violence has again entrenched Marawi City in the southern Philippines where government troops are attempting to defeat a group of Islamic State-aligned militants following their rampage of the city. Since the May 23 siege of Marawi on the island of Mindanao, about 20 civilians, 138 militants and 39 government troops have been killed, according to press reports quoting the Philippine military. About 1,560 civilians who were trapped in the city have been rescued, the reports state.
President Rodrigo Duterte imposed martial law on the island a day after the fighting broke out. The militants have set fires in the city, setting a cathedral on fire, and kidnapping a number of hostages, including one Roman Catholic priest. The city’s residents fled their homes, many headed to Iligan, a city 19 miles away.

The violent siege unfolded just days after Mindanao native and EF Fellow, Ariel “Ayi” Hernandez (Philippines 2011), returned home from Philadelphia where he received the Distinguished Fellow Award at the Eisenhower Fellowships Annual Meeting Day Awards Dinner. He was bestowed the honor for his post-fellowship work in Mindanao, working to eliminate the death rate for mothers in childbirth and launching the Bangsamoro Young Leaders program to harness the strength of local youth as agents of positive change. He is a former congressman representing the “Tri-People of Mindanao” (Christians, Muslims and Indigenous People). Currently, Hernandez is combating rural poverty and promoting peace in his current position as the Senior Director for Program Development and Sustainability of Balay Mindanaw International Center for Peace. His work has involved bringing the people of Mindanao and the Armed Forces of the Philippines together to work towards joint solutions for regional peace and development.

Hernandez, 45, sent EF House his observations from the streets of Marawi.

May 26
I traveled to Marawi yesterday on the request of Gov. Mujiv Hataman (2014 Eisenhower Fellow). He asked me to assess the situation on the ground and see how we can best help with this despair. Five days after the fighting broke out, heavy gunfire can still be heard from the Army Brigade headquarters where we were stationed. Marawi has become a ghost city. When we entered the city, it was all deserted, only dogs roam in what used to be a very busy main roadway in the city. What was very heartbreaking was seeing the exodus of people leaving the city. The faces of helplessness, on the elderly and the children, continue to haunt me. Hopefully, the fighting will end in the next few days.
My other agenda was to connect with our youth leaders. With the help of the staff of the Ayala Foundation, a community outreach organization, I will meet later today with youth leaders who are now in Iligan, engaging them with a relief distribution plan.

May 27
I had the chance yesterday to talk to our five Bangsamoro Young Leaders Program Fellows (BYLP) in Iligan, just before they broke the fast and attended prayers, in observance of Ramadan. They said their families were safe and, fortunately, did not suffer physical harm during the siege.
They told me Mindanao State University students were evacuated from campus and the BYLP Fellows said they had been taken care, especially the Christian students. They are now returning to their home provinces.
Evacuees have also been located to one of five identified evacuation centers in Iligan with each one housing approximately 3,000 people. The centers, which are coordinated by the national and regional governments as well as Iligan, are somewhat chaotic and systems are still not in place.
Some of Marawi residents, like the BYLP Fellows, for example, have sought shelter with relatives in Iligan. They are in familiar surroundings, but they still need the basics, particularly food and clothing. Provisions are almost depleted, but they want to help distribute food and clothing.
Our action:
We arranged for the fellows to find out what residents need most. We will buy food and repack it today at the Balay Mindanaw Peace Center with the Ayala Foundation.

May 28
Yesterday morning, we facilitated the purchase of goods worth in partnership with Team Energy Foundation (TEFI). The youth group and Balay Mindanaw staff packed 650 provision packs, containing rice, halal, canned goods and pasta. Each pack will last about 23 days for a family of five.
We went back again to Iligan yesterday afternoon to meet with authorities to discuss home-based distribution that will target 600 people staying in homes. This distribution is a little bit difficult logistically, but is needed for culturally sensitive reasons. Unfortunately, the Maranao culture avoids evacuation centers.
We wish to distribute this today but we are assessing the situation carefully because of the lockdown order to the whole province. Iligan is extremely tense because of real threats that villages in the city will be bombed. The food distribution will be the first one since fighting erupted in Marawi.
We are very limited with the number of packs we can distribute but I am coordinating with the governor to ensure that our BYLP Fellows will be the main volunteers to do the home-based distribution. Another organization is collecting goods for packs to be prepared for distribution over the next few days.
How can we help more? Maybe we can mobilize some cash for more goods and logistics-related costs.
It looks like this situation will last, conservatively, for another two weeks.

June 1
Peace greetings!
Yesterday we were able to complete our distribution to 670 families in their homes. It was a big challenge because the BYLP, Balay Mindanaw staff and volunteers must walk in the heat of the sun to reach the evacuees identified by the government. It was doubly hard for the fellows, who are strictly observing the fast while helping to distribute provisions. We were also challenged in trying to calm angry home-based evacuees who were not included in the initial lists. Some frustrated people became physical with volunteers. It was also heartwarming to hear expressions of gratitude from a lot of the displaced people. Six days after they left Marawi, the evacuees said it was their first time receiving assistance. They thought they would never receive any help because they are not staying in the evacuation centers. Iligan is also quite tense because authorities are close to imposing a lock down.
I think the Marawi incident will last another 30 days. I was surprised to learn that the estimate to rid the city of local and foreign militants might take up to 60 days. Today it is estimated that there are 150,000 displaced individuals. We cannot reach every person, but we can focus on one or two areas where people can feel our assistance.
On the ground, the bombings continue daily as the best option for the armed forces to clear snipers hiding in buildings. Unfortunately, the perception of the Maranao is that the armed forces will flatten the city into ruins rather than just taking the militants.
There is so much to do in terms of relief distribution and, perhaps, some counseling over the next few days. We need to reach out to those displaced families and make them feel that there are a lot of groups willing to lend their generous hands.

June 3
This morning, 42 teachers at Dansalan College, a United Church of Christ in the Philippines managed school in Marawi, was finally rescued and transported immediately to Iligan. Our colleague from Balay Mindanaw who has relatives and close family friends among the teachers, traveled to Iligan to provide comfort and assistance to the rescued people.

June 10
As we reached the 20th day of siege, with so many casualties in the armed forces, ISIS and on the civilian side, the 230,000 individuals that have been displaced by the conflict will not be able to go back soon. As the military declared last week that they hope to liberate Marawi today, they now admit that the militants are still well positioned in the mosques and have prepared for a protracted war.

Ayi Hernandez is joined on the ground with Eisenhower Fellows, Gov Mujiv Hataman and Lt. Gen. Charlie Galvez and is working in partnership with the other Eisenhower Fellows of the Philippines. Eisenhower Fellowships’ trustees Jaime Zobel de Ayala, Derek Chilvers and Hap Wagner have made generous contributions to their efforts. If you would like to help, our Filipino Fellows have set up a website to help the displaced civilians of Marawi: www.efph.org