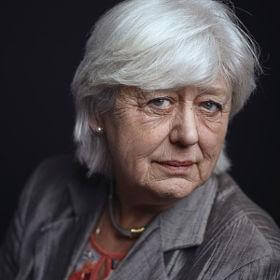 It is with great sadness that we report the passing of Eisenhower Fellow Saskia J. Stuiveling (Netherlands 1986) on April 20 at the age of 71.

Stuiveling was president of the Dutch Eisenhower Fellows chapter and served on the Nominations Committee. In 2013, Stuiveling and the chapter welcomed then EF Chairman of the Executive Committee Gov. Christie Todd Whitman and EF Director of the Fellows Network, Diane Shoemaker to The Hague for the Second Annual European Regional EF Day.

Stuiveling was President of the Netherlands Court of Audit for 16 years until her retirement in 2015. Assigned to the Court of Audit’s Board in 1984, Stuiveling was later appointed in 1999 by Royal Decree, the first woman to head the Court. She was known as “The Hague’s digitization prophet” and warned against the risk of government being left behind by the digital era. Stuiveling believed it was important for government to be transparent and open all information available to it. In Stuiveling’s opinion, the digital revolution to the invention of the printing press.

Known for her energy and expertise, Stuiveling, as a member of the Board, often worked behind the scenes on audits, laying the groundwork for later successes that improved public administration. She also worked to modernize the Court of Audit because she was concerned with government performance and its responsibility to the underprivileged sectors of society. Stuiveling set the course for the Court to audit some parts of the public sector such as education and security.

The Court of Audit wasn’t her only position. Stuiveling was also involved in international audit community organizations such as International Organisation of Supreme Audit Institutions, or INTOSAI, and European Organization of Supreme Audit Institutions, or EUROSAI. She was committed to a number of innovative activities that widened the reach of audit institutions, making them relevant for everyday people. In 1992, Stuiveling established the INTOSAI Working Group on environmental auditing and, ten years later, she founded the EUROSAI Working Group on IT with a focus on IT governance.

Stuiveling later became president of EUROSAI, pushing the organization to be more innovative and creative. In addition, she pioneered cooperation with audit institutions in the Arab region.

When Stuiveling retired from the Court of Audit, Dutch Prime Minister Mark Rutte announced a new annual prize in her honor, the Stuiveling Open Data Award. The first honor went to public initiatives that promote, clarify or encourage the use of open data.

Besides her Eisenhower Fellowship, Stuiveling was awarded the Commander in the Bernardo O’Higgens Order of Merit (Chile, 1991), Knight in the Order of the Netherlands Lion (1991) and Grand Officer in the Order of Leopold II (Belgium, 2001).