NEXT CHALLENGES FOR LATIN AMERICA – EF REGIONAL CONFERENCE IN CHILE 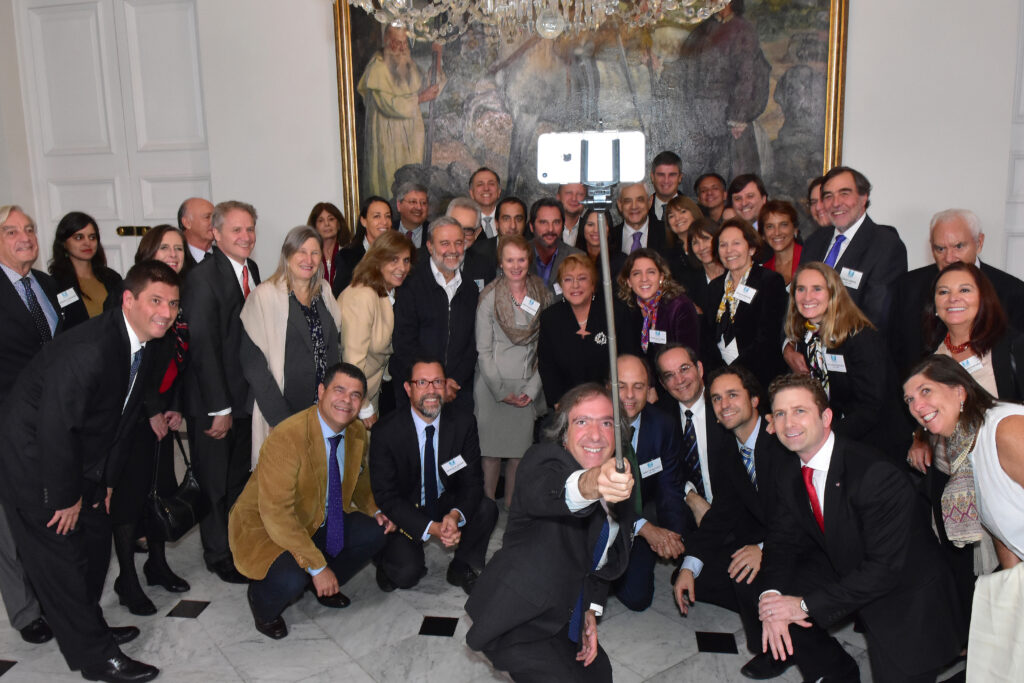 Under the leadership of their President, Francisca Valdes (Chile 2008), the Eisenhower Fellows of Chile organized a successful regional conference where substantive themes such as pensions, sustainability and politics were discussed.

The gathering, titled Next Challenges for Latin America, was held April 19-21 in Santiago. There were over 50 attendees, including 30 Fellows from across Latin America (Argentina, Bolivia, Brazil, Chile, Paraguay, Peru and Uruguay) and the United States. This was the eighth EF Latin America regional conference since 1994 and the first one to take place in Chile.

“My heartfelt congratulations to our Chilean and Latin American Fellows who organized this regional conference and to all of our other Fellows and distinguished guests who participated,” said EF President George de Lama. “On behalf of everyone at Eisenhower Fellowships, we extend our profound gratitude to President Michelle Bachelet for her gracious hospitality in hosting our Fellows at the Moncada Palace.”

A welcome reception was hosted by Chile’s Argentine Ambassador Jose Bordon and his wife, EF Fellow Monica Bordon (Chile 1997) at the Ambassador’s residence. The conference highlight was a meeting with President Michelle Bachelet at the Presidential Palace. President Bachelet remembered her visit to EF in 2012 fondly where she accepted the EF Medal bestowed by Chairman General Colin L. Powell (Retired). She spoke about the importance of leadership development and was happy to hear of the upcoming EF Youth Leadership Initiative. President Bachelet was pleased to receive a copy of EF’s Building Bridges.

Raul Espana-Smith (Bolivia 1967) was presented with an EF 50-year pin and Martin Burt announced intentions for the next EF Latin America Regional Conference in Asunción in 2019.