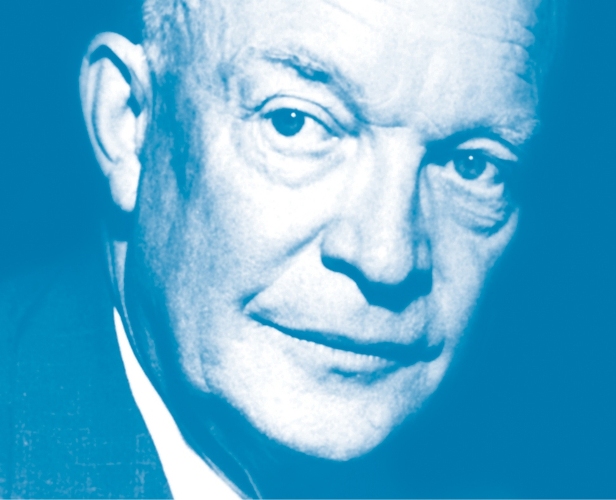 Eisenhower Fellowships will award its highest honor, the Dwight D. Eisenhower Medal for Distinguished Leadership and Service, to the late U.S. Senator John S. McCain III in recognition of his decades of leadership in the United States military and the Senate. Sen. McCain’s son, Douglas, will accept the posthumous award on his father’s behalf on May 9, 2019.

The selection of Sen. McCain is only the second time in the organization’s 66-year history that the Eisenhower Medal has been awarded posthumously. Katherine Graham, the Pulitzer Prize-winning author and late chairman of the Washington Post was the recipient in 2002, one year after her death.

Sen. McCain graduated from the United States Naval Academy in 1958, and served in the Vietnam War as a naval aviator. In 1967, his Skyhawk aircraft was shot down over Hanoi, and he was taken prisoner. He would spend five years as a prisoner of war in Hỏa Lò Prison, in North Vietnam, where he was repeatedly tortured.

After his release, McCain retired from the Navy and entered politics. He was elected to the U.S. House of Representatives in 1982 and four years later to the Senate. He served there for 31 years as a powerful member of the Armed Services and Indian Affairs Committees.

“Sen. McCain’s work as a champion of a strong national defense, a principled American engagement in global affairs and a generous and compassionate approach to the least fortunate among us are in the best traditions of our organization of diverse, dynamic doers,” said George de Lama, president of Eisenhower Fellowships.

The Dwight D. Eisenhower Medal for Leadership and Service is awarded annually to a distinguished states person, business leader or other public figure who has achieved, through direct personal contacts across borders, widely-recognized advances toward President Eisenhower’s vision of a world more peaceful, prosperous and just.

The Eisenhower Medal will be presented at the EF Annual Awards dinner at the Bellevue Hotel in Center City, Philadelphia. At the Awards Dinner, Dr. Gates will also present the Distinguished Fellow Award collectively to the Eisenhower Fellows of Sri Lanka for their extraordinary impact in helping their South Asian island nation reconcile and heal after more than three decades of deadly civil war.